You are here: Home / Archives for Recent Articles

Thanks for checking out my recent articles. Here you’ll find some examples of my work as a motorsports writer and journalist. 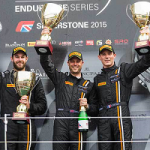 Shane van Gisbergen’s rise as one of the quickest and most accomplished drivers in the Southern Hemisphere continues, but the Kiwi’s impressive speed and talent is now fast turning heads ‘up over’ too. I caught up with the man himself after his McLaren team notched up its first victory in the second round of the Blancpain Endurance Series at Silverstone. 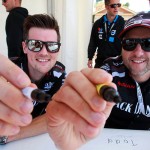 While Nissan’s GT Academy graduates have taken many of the headlines, it is racing mentor and coach Alex Buncombe that has rightly stepped into the spotlight recently with standout drives in the British GT and Blancpain Endurance Series, and now a convincing V8 Supercars debut. I spoke to Alex after his first experience as a co-driver in Australia’s V8 Supercars Championship. 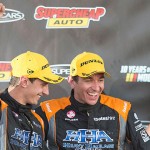 Oliver Gavin has notched up many career highs over the last decade, none more so than his Bathurst 1000 podium. I spoke to Oliver about his “amazing” experience as a co-driver in Australia’s V8 Supercars Championship 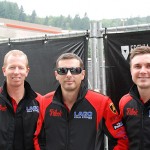 For V8 Supercars enduro regulars Steve Richards, David Russell and Steve Owen competing in the Spa 24 Hour was a dream come true. I spoke to the three endurance specialists to find out how it lived up to expectations… 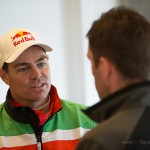 My interview with a reinvigorated Craig Lowndes, refreshed and ready to get his V8 Supercars title challenge back on track after a fruitful trip to the other side of the world.. 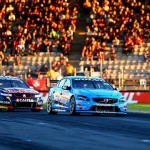 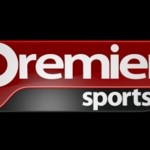 V8SCGlobal.com is delighted to announce a collaboration with Premier Sports to cross promote its website with the sports television channel and build interest in the Australian V8 Supercars Championship …

Motorsports enthusiast, writer and occasional photographer. As a writer, I don't like writing about myself; as a photographer, I don't like to be on camera! But, I can make your business standout from the crowd so that people want to talk about you! Read More…